You can not have a novel without a story but the story is not the novel.

Walter Ellis Mosley (born January 12, 1952) is an American novelist, most widely recognized for his crime fiction. He has written a series of best-selling historical mysteries featuring the hard-boiled detective Easy Rawlins, a black private investigator living in the Watts neighborhood of Los Angeles, California; they are perhaps his most popular works. Mosley started writing at 34 and has written every day since, penning more than sixty books and often publishing two books a year.

This story, like all great stories, begins with a single sentence:

In the mid-1980s, Walter Mosley, a computer programmer, types out these words in a quiet moment. He’s 34 years old. He’s never thought about being a writer, but something about the sentence stays with him. He thinks it sounds like something that could be in a book—and it’s the first time he thinks maybe I could be a writer. He’s been reading Alice Walker’s The Color Purple and is excited by what that book opens up in his mind about the kinds of stories one can tell.

He starts taking classes, he joins a writers’ group. He writes poems and short stories. He experiments. A teacher, the famed Irish novelist Edna O’Brien, encourages him to write a novel. And so he writes what would later be seen as the “first” novel in the world that Easy Rawlins inhabits: Gone Fishin’. Fifteen publishers reject the work. Walter decides to adapt the lead character into a new manuscript, a mystery this time. But he isn’t thinking of genre. He is thinking of the story he can tell about this character moving west.

Create just for yourself.

Every Story begins with a single sentence

You will get knocked down. But we’re all storytellers and, utilizing the right tools, capable of shaping history through works of fiction. The particulars of genre aren’t so important as overcoming the blank page, seeing it as an opportunity instead of the enemy. Your story, like all stories, begins with a single sentence.

2. “Write your truth and believe in it. And if your mother doesn’t like it, too bad.”

3. “The beautiful thing about any day is that this is the day that ‘it’ can happen. Today, all of a sudden, you realize, ‘Hey, my wheels aren’t spinning anymore. They are spinning, but I’m actually moving forward. I’m not sitting in place.’ ”

4. “You will find, if you write every day, that the next day, ideas have bubbled up from some place that you had no idea were there.”

5. “Any person who wants to do anything with writing—from the great novel to a love letter—needs to understand poetry.”

7. “If you follow your heart, if you do what you love, if you get to the place where you succeeded, and starting from the beginning of a novel and getting to the end of the novel, then you’re doing the best you can do. You’re living in the best moment of your life.”

8. “The blank page makes no judgment on you.”

9. “It has to be a story that speaks to us, that helps us understand our world and ourselves. And if it lasts, it’s great literature.”

Walter writes his first novel, Gone Fishin’, in six weeks; it remains unpublished until 1997, but he decides to cast the main character, Easy Rawlins, in a detective story.

Devil in a Blue Dress, the first Easy Rawlins book, is published by W.W. Norton & Company

Devil in a Blue Dress is adapted for the screen and stars Denzel Washington and Don Cheadle; Walter’s short story “The Thief” appears in Esquire magazine.

Gone Fishin’ is published by Black Classic Press, an indie group dedicated to preserving Black literature; Walter forgoes an advance and donates his royalties to the publisher

Walter’s nonfiction monograph, Workin’ on the Chain Gang, is published as part of the Library of Contemporary Thought series.

Walter wins a Grammy Award for his album liner notes for Richard Pryor’s …And It’s Deep Too!

Blonde Faith concludes with Walter killing off Easy Rawlins—or does he?

Walter resurrects Easy Rawlins in Little Green, a book set against the political upheaval of the late 1960s.

Walter receives the Grand Master Award for lifetime achievement and consistent quality from the Mystery Writers of America— the organization’s highest honor.

Walter’s standalone crime book, Down the River Unto the Sea, arrives to critical acclaim

Walter is awarded the Medal for Distinguished Contribution to American Letters by the National Book Foundation, joining the likes of Joan Didion, Norman Mailer, and Maxine Hong Kingston.

This 14-book series (and counting) follows the character of Ezekiel “Easy” Rawlins, a family man and reluctant detective, from 1948 to 1968. He traverses a Los Angeles fraught with crime, corruption, and racism.

These three collections of interwoven short stories revolve around the ex-con Socrates Fortlow. After serving time at an Indiana prison, Fortlow is in South Los Angeles and trying, like so many of Walter’s protagonists, to live according to his own moral code.

Walter’s second mystery series also takes place in Los Angeles in the mid- 1950s. The hero is a detective, Fearless Jones, but the story is told through a timid bookseller named Paris Minton. These novels are lighter and looser than the Easy Rawlins books, with plots that grow out of the collaboration between Jones and Minton rather than self-protective solitude. 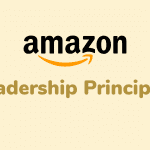 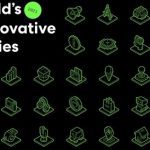