In What You Do Is Who You Are, Ben combines lessons both from history and from modern organizational practice with practical and often surprising advice to help executives build cultures that can weather both good and bad times. Ben Horowitz is the co-founder and general partner at the venture capital firm Andreessen Horowitz. He is also the author of the New York Times bestseller, The Hard Thing About Hard Things.

What You Do Is Who You Are explains how to make your culture purposeful by spotlighting four models of leadership and culture-building―the leader of the only successful slave revolt, Haiti’s Toussaint Louverture; the Samurai, who ruled Japan for seven hundred years and shaped modern Japanese culture; Genghis Khan, who built the world’s largest empire; and Shaka Senghor, a man convicted of murder who ran the most formidable prison gang in the yard and ultimately transformed prison culture.

“Culture is about actions. If the actions aren’t working, it’s time to get some new ones. ”

Here are my favourite takeaways from reading,What You Do Is Who You Are;

Horowitz roots his own definition of innovation in the deliberate choices he makes to center the leadership stories of present, past, and long past people of color far outside the C-suite or open floor plans of today’s tech giants. They include

Toussaint Louverture, the genius behind the only successful slave rebellion in the history of the western hemisphere, the Haitian Revolution of the late-eighteenth/early-nineteenth century;

the samurai of Japan, whose bushido code elevated virtues above values;

Genghis Khan, the ultimate outsider who led one of history’s most dominant armies by absorbing the best and brightest among those he defeated; and, perhaps most moving of all,

James White, aka Shaka Senghor, who, on a devastating murder conviction, stepped out of quarantine into the belly of the Michigan prison system to become the leader of a violent squad called the Melanics that, over time, he shepherded toward a culture revolution focused on community uplift after prison.

Revel in being discarded, or having all your energies exhausted in vain; only those who have endured hardship will be of use. Samurai who have never erred before will never have what it takes. – Hagakure

Your culture is how your company makes decisions when you’re not there. It’s the set of assumptions your employees use to resolve the problems they face every day. It’s how they behave when no one is looking. If you don’t methodically set your culture, then two-thirds of it will end up being accidental, and the rest will be a mistake.

Identifying the culture you want is hard: you have to figure out not only where your company is trying to go, but the road it should take to get there.

Culture is not like a mission statement; you can’t just set it up and have it last forever. There’s a saying in the military that if you see something below standard and do nothing, then you’ve set a new standard. This is also true of culture—if you see something off-culture and ignore it, you’ve created a new culture. Meanwhile, as business conditions shift and your strategy evolves, you have to keep changing your culture accordingly. The target is always moving.

Culture Is the Strong Force

In business, if you have a strong culture but a product nobody wants, you fail. So culture might appear to be weaker than product. But if you look more deeply, over time, culture can overcome the seemingly invincible structural barriers of an era and transform the behavior of entire industries and hustries and social systems. From this broader perspective, culture is the strong force in the universe.

Creating a culture is more complex than just trying to get your people to behave the way you want them to when no one is looking. Remember that your employees are far from uniform. They come from different countries, races, genders, backgrounds, even eras. Each one brings to your organization a different cultural point of departure. To get all of them to conform to and be reasonably happy with a common set of norms is a challenging puzzle.

“Culture only works if the leader visibly participates in and vocally champions it. ”

A great culture does not get you a great company. If your product isn’t superior or the market doesn’t want it, your company will fail no matter how good its culture is. Culture is to a company as nutrition and training are to an aspiring professional athlete. If the athlete is talented enough, he’ll succeed despite relatively poor nutrition and a below-average training regimen. If he lacks talent, perfect nutrition and relentless training will not qualify him for the Olympics. But great nutrition and training make every athlete better.

“ A culture’s strengths may also be its weaknesses. And sometimes you have to break a core principle of your culture to survive. Culture is crucial, but if the company fails because you insist on cultural purity, you’re doing it wrong.”

The biggest threat to your company’s culture is a time of crisis, a period when you’re getting crushed by the competition or are nearing bankruptcy. How do you focus on the task at hand if you might be killed at any moment? The answer: they can’t kill you if you’re already dead. If you’ve already accepted the worst possible outcome, you have nothing to lose.

Hagakure commands you to imagine and accept the worst in gory detail:

Begin each day pondering death as its climax. Each morning, with a calm mind, conjure images in your head of your last moments. See yourself being pierced by bow and arrow, gun, sword, or spear, or being swept away by a giant wave, vaulting into a fiery inferno, taking a lightning strike, being shaken to death in a great earthquake, falling hundreds of feet from a high cliff top, succumbing to a terminal illness, or just dropping dead unexpectedly. Every morning, be sure to meditate yourself into a trance of death.

“Sincerity is the end and the beginning of all things; without Sincerity there would be nothing.” – Confucius

Culture can feel abstract and secondary when you pit it against a concrete result that’s right in front of you. Culture is a strategic investment in the company doing things the right way when you are not looking.

“To change a culture, you can’t just give lip service to what you want. Your people must feel the urgency of it.”

In a well-run organization, engineers get compensated more for how good the product is than for how much money it ends up bringing in, because there are often serious market risks that are outside the engineer’s control. Great engineers love to build things and often code on side projects as a hobby. So creating a comfortable environment that encourages round-the-clock programming is vital. Hallmarks of engineering cultures often include casual dress, late morning arrival times, and late or very late evening departure times.

“Great salespeople are more like boxers. They may enjoy what they do, but nobody sells software on the weekends for fun. Like prizefighting, selling is done for the money and the competition—no prize, no fight. ”

Breaking Your Own Rules

“Cultural rules can often become bloated sacred cows. Everyone tiptoes around them, trying to respect the culture—and then the cows topple and crush you. Strategies evolve, circumstances change, and you learn new things. When that happens, you must change your culture or you will end up pinned beneath it.”

An object lesson, by contrast, is a dramatic warning you put into effect after something bad has happened and you need to correct it in a way that will reset the culture and make sure the bad thing never happens again.

Focus on Issues, Not People

If you find a problem, do a root-cause analysis and figure out what caused it. You will almost always find that the underlying issue was communication or prioritization or some other soluble problem rather than a particularly lazy or idiotic employee. By getting to the root cause and addressing that, rather than playing the blame game with an employee or two, you create a culture that won’t be secretive or defensive—a culture open to bad news.

Make sure your culture aligns with both your personality and your strategy. Anticipate how it might be weaponized and define it in a way that’s unambiguous.”

People learn more about what it takes to succeed in your organization on that day than on any other. Don’t let that first impression be wrong or accidental.

Any rule so surprising it makes people ask “Why do we have this rule?” will reinforce key cultural elements. Think about how you can shock your organization into cultural compliance.

What you say means far less than what you do. If you really want to cement a lesson, use an object lesson. It need not be a Sun Tzu–style beheading, but it must be dramatic.

One of the most common and devastating mistakes leaders make is to assume people will “Do the right thing” even when it conflicts with other objectives. Don’t leave ethical principles unsaid.

Make them stand out from the norm, from the expected. If the ancient samurai had defined politeness the way we define it today, it would have had zero impact on the culture. Because they defined it as the best way to express love and respect, it still shapes Japanese culture today. What do your virtues really mean?

“Do as I say, not as I do” never works. So refrain from choosing cultural virtues that you don’t practice yourself.

It was not enough for Louverture to say his culture was not about revenge. He had to demonstrate it by forgiving the slave owners. 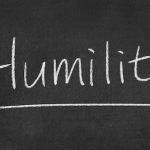 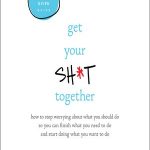 Book Summary: Get Your Sh*t Together: How to Stop Worrying About What You Should Do So You Can Finish What You Need to Do and Start Doing What You Want to Do by Sarah Knight.