“Humility is a strange thing. The minute you think you’ve got it, you’ve lost it.” – Sir Edward Hulse

Sir Edward Hulse once said, “Humility is a strange thing. The minute you think you’ve got it, you’ve lost it.” Staying humble is hard, especially when things are going right, and staying calm is extremely tough when things are not going right. Microsoft Founder Bill Gates quipped, “Success is a lousy teacher. It seduces smart people into thinking they can’t lose.”. The key is never to let success get into your heart and not letting failure get into your heart. Staying humble can be hard, but it is a great way to live.

Here are some great quotes on humility:

Don’t talk about yourself; it will be done when you leave. Wilson Mizner 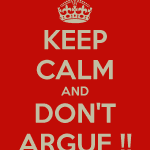 You cannot win an Argument. 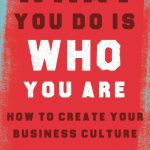 Book Summary: What You Do Is Who You Are: How to Create Your Business Culture by Ben Horowitz.