Kaizen (改善) is a Japanese word that has two components – Kai 改(Change) and Zen 善 (Good) which translates to “Good Change”, “Change for the Better” or “Continuous Improvement.” It involves making changes for the better, small incremental changes that eventually amounts to extraordinary progress and result. In a business context, Kaizen refers to activities that continuously improve all functions and it usually involves everyone in the organizational value-chain from the CEO to the assembly line workers.

Kaizen was first implemented in Japanese factories and businesses after World War II. It was greatly influenced by American business and quality-management consultants like W. Edwards Deming who worked with Japanese industry leaders after world war II. It is one of the guiding principles of the Toyota Way. Other prominent Kaizen pioneers include Shigeo Shingo  (Toyota Production System) and Masaaki Imai (Founder of Kaizen Institute).

The Toyota Way is a set of principles and behaviors that underlie the Toyota Motor Corporation’s managerial approach and production system. In 2001, the Toyota Corporation published some set of guidelines and principles to clarify its values and business methods. The document was called “Toyota Way 2001“. It consists of two main pillars: “Continuous Improvement” and “Respect for People”. The Toyota Way further sub-divided continuous improvement into 3 sub-pillars: Challenge, Kaizen and Genchi Genbutsu (現地現物) which translates to “go and See”.

Kaizen is mostly associated with manufacturing processes such as the one popularised in the Toyota Production System Originally called “just-in-time production” and it has also been used in other non-manufacturing environments/industries such as Healthcare, Information Technology, PsychoTherapy, Government, Banking, Supply Chain Management, etc.

The Kaizen philosophy assumes that our way of life – be it our working life, our social life, or our home life – deserves to be constantly improved.– Masaaki Imai

The concept of Kaizen has been adopted by a host of organizations such as Toyota, Sony, Canon, Pixar, Amazon to name but a few. It is also admired and implemented by prominent business executives, coaches and CEOs such as Jeff Bezos, Ed Catmull, et al.

In his 2013 Annual Letter to shareholders, the founder of Amazon.com, Jeff Bezos wrote about Amazon’s Kaizen Program and its inherent benefit for the organization:

“Nineteen years ago, I drove the Amazon packages to the post office every evening in the back of my Chevy Blazer. My vision extended so far that I dreamed we might one day get a forklift. Fast-forward to today and we have ninety-six fulfillment centers and are on our seventh generation of fulfillment center design. Our operations team is extraordinary—methodical and ingenious. Through our Kaizen program, named for the Japanese term meaning “change for the better,” employees work in small teams to streamline processes and reduce defects and waste. Our Earth Kaizens set energy reduction, recycling, and other green goals. In 2013, more than forty-seven hundred associates participated in eleven hundred Kaizens.”

Through our Kaizen program, named for the Japanese term meaning “change for the better,” employees work in small teams to streamline processes and reduce defects and waste.

In his 2014 book: Creativity, Inc., co-founder of Pixar Ed Catmull writes about his admiration for the work of American Engineer and Statistician W. Edwards Deming, who pioneered the early work in Continuous improvement/kaizen. He writes:

“Several phrases would later be coined to describe these revolutionary approaches—phrases like “just-in-time manufacturing” or “total quality control”—but the essence was this: The responsibility for finding and fixing problems should be assigned to every employee, from the most senior manager to the lowliest person on the production line. If anyone at any level spotted a problem in the manufacturing process, Deming believed, they should be encouraged (and expected) to stop the assembly line. Japanese companies that implemented Deming’s ideas made it easy for workers to do so: They installed a cord that anyone could pull in order to bring production to a halt. Before long, Japanese companies were enjoying unheard-of levels of quality, productivity, and market share.”

“As we struggled to get Pixar off the ground, Deming’s work was like a beacon that lit my way” – Ed Catmul

“It would be decades before Deming’s ideas took hold here. In fact, it wasn’t until the 1980s when a few companies in Silicon Valley, such as Hewlett Packard and Apple, began to incorporate them. But Deming’s work would make a huge impression on me and help frame my approach to managing Pixar going forward. While Toyota was a hierarchical organization, to be sure, it was guided by a democratic central tenet: You don’t have to ask permission to take responsibility”

“A few years ago, when Toyota stumbled—initially failing to acknowledge serious problems with their braking systems, which led to a rare public embarrassment—I remember being struck that a company as smart as Toyota could act in a way that ran so counter to one of its deepest cultural values. Whatever these forces are that make people do dumb things, they are powerful, they are often invisible, and they lurk even in the best of environments.”

Whatever these forces are that make people do dumb things, they are powerful, they are often invisible, and they lurk even in the best of environments.

The concept of Kaizen inspired Sir Dave Brailsford who was the head coach of the British Cycling team from 2002 to 2013 and he applied the concept of ‘Marginal Gains’ to cycling. As the coach of the team, Great Britain led the cycling medal table at the 2008 and 2012 Olympic Games, winning eight golds at both, while British cyclists won 59 World Championships across different disciplines from 2003 to 2013. In a 2015 Havard Business Review (HBR) interview, he spoke about the influence of Kaizen in his thought process:

HBR: Can you share some examples of your marginal gains approach?

Sir Dave: To give you a bit of background, when we first started out, the top of the Olympic podium seemed like a very long way away. Aiming for gold was too daunting. As an MBA, I had become fascinated with Kaizen and other process-improvement techniques. It struck me that we should think small, not big, and adopt a philosophy of continuous improvement through the aggregation of marginal gains. Forget about perfection; focus on progression, and compound the improvements.

The whole principle came from the idea that if you broke down everything you could think of that goes into riding a bike, and then improved it by 1%, you will get a significant increase when you put them all together

In his book, The Seven Habits of highly effective people, author Stephen R. Covey highlighted seven habits exhibited by the most successful people in the world. Habit 7 is the habit of taking time to sharpen the saw and is synonymous with the concept of Kaizen. He writes:

Habit 7 is the habit of renewal—a regular, balanced renewal of the four basic dimensions of life. It circles and embodies all the other habits. It is the habit of continuous improvement that creates the upward spiral of growth that lifts you to new levels of understanding and living each of the habits as you come around to them on a progressively higher plane.

“Sharpen the saw” basically means expressing all four motivations. It means exercising all four dimensions of our nature, regularly and consistently in wise and balanced ways.”

This is the single most powerful investment we can ever make in life—investment in ourselves, in the only instrument we have with which to deal with life and to contribute. We are the instruments of our own performance, and to be effective, we need to recognize the importance of taking time regularly to sharpen the saw in all four ways.

Greek Philosopher Aristotle once quipped: “We are what we repeatedly do. Excellence, then, is not an act, but a habit.” Overnight success is a myth, what we consider to be luck is the relentless pursuit of excellence and greatness by repeatedly showing up day in and day out, continuously improving your craft, putting in the hours (10,000+), and not resting on your laurels. It is often said that we get rewarded in public for what we deliberately refine and practice in private. I have found that to be true, whenever I see someone perform masterfully like Lebron, Giannis, Serena, Beyonce, Obama, Messi; I know deep inside that they have paid the price for that greatness through sacrifice, continuous and relentless improvement, rehearsals, endless gym workout, and studio sessions.

I am a strong proponent of continuous improvement and I believe Mark Twain was right when he said  ‘What gets us into trouble is not what we don’t know. It’s what we know for sure that just ain’t so.’ The more you know, the more you know that you do not know as much as you think you know. Technology is changing at a very fast pace and we are creating more data every day. One of the most wanted skillset by most organizations is the ability to learn and unlearn quickly. Continuously improving your skillsets would set you apart from the herd and adopting the philosophy of Kaizen in everything you do is a surefire way to master your craft. 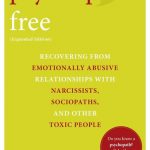 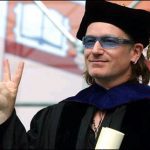