Until you are broken you don’t know what you’re made of.—Ziad K. Abdelnour

Kintsugi is the Japanese art of repairing broken pottery by mending the areas of breakage with lacquer dusted or mixed with powdered gold, silver, or platinum. As a philosophy, it treats breakage and repair as part of the history of an object, rather than something to disguise. It is similar to the Japanese philosophy of wabi-sabi, an embracing of the flawed or imperfect.

Leonard Cohen said in his song Anthem: “There is a crack, a crack in everything. That’s how the light gets in.” and American novelist Ernest Hemingway once quipped “If people bring so much courage to this world the world has to kill them to break them, so of course it kills them. The world breaks everyone and afterward many are strong at the broken places. But those that will not break it kills. It kills the very good and the very gentle and the very brave impartially. If you are none of these you can be sure it will kill you too but there will be no special hurry.”

The world breaks every one and afterward many are strong at the broken places. – Ernest Hemingway

The word kintsugi comes from the Japanese kin (gold) and tsugi (joint), literally meaning “golden joint.” The art of kintsugi is named kintsukuroi, which means “mending with gold.” It is a long and extremely detailed process, executed in numerous stages, lasting several weeks—even months. In some cases, it might even take a year to achieve the best kintsugi.

This ancestral technique, developed in Japan during the fifteenth century, consists of repairing a broken object by accentuating its cracks with gold—instead of hiding them. But the philosophy behind it goes much deeper than a simple artistic practice. It has to do with the symbolism of healing and resilience. First taken care of and then honored, the broken object accepts its past and paradoxically becomes more robust, more beautiful, and more precious than before it was broken. This metaphor can provide insight into all stages of healing, whether the ailment is physical or emotional.

No matter what your injury is, physical (car accident, mastectomy, illness, amputation, disability, old age, burns, assault) or emotional (splitting from a friend or lover, divorce, mourning, depression, unemployment, abandonment, rumors, painful childhood), kintsugi’s energy can support and accompany you along your healing process. Think of it as an initiatory journey, with your injury as the starting point. As you move through the healing process, you will slowly become stronger and eventually turn into gold, as if by alchemy.

Kintsugi is the art of exalting past injuries. The Way of Kintsugi can be understood as a kind of art therapy, inviting you to transcend your struggles and transform your personal hardships into gold. It reminds you that your scars, visible or invisible, are proof that you’ve overcome your difficulties. By marking your history, they demonstrate you’ve survived, and they enrich your soul.

The art of kintsugi invites you to let go and to accept the impermanence of things. It teaches us to remain open to the unexpected, to imperfection, to serendipity, and coincidences . . . Japanese philosophy refers to this as mushin no shin, which means “thought without thought” (mu: “nothing/empty,” shin: “heart/spirit”), calling to let things go.

As such, kintsugi is a great metaphor of our existence: The wheel turns, and life is unpredictable! Happiness and sadness, joy and sorrow, pleasure and stress, everything changes and evolves. Perfection and permanence are an illusionary trap. One can fight neither time nor change . . .Now may be the time to detach . . . Could you have been able to predict all that has happened to you since you were born? Or at least during the last ten years or maybe even last year? Sometimes things turn out badly . . . and sometimes they turn out better than expected!

In his book, Kintsugi: The Japanese Art of Embracing the Imperfect and Loving Your Flaws, psychologist and author Tomás Navarro writes:

Kintsugi (“golden joinery”) is the ancient Japanese art of repairing what has been broken. When a ceramic piece breaks, the masters of kintsugi repair it with gold, leaving the reconstruction highly visible because, for them, a reconstructed piece is a symbol of fragility, strength, and beauty.

“Ceramics are fragile, strong, and beautiful at the same time, like people. Just like our lives, they can break, but they can also be healed if you know how.”

Don’t feel ashamed of your scar. Don’t cover it up. Don’t hide it. On the contrary, make it beautiful because in it you have the best proof of your strength. The masters of kintsugi don’t hide the scars on the works that come to them for repair. What’s more, not only do they not have the slightest interest in hiding them but they highlight them with precious materials such as gold or silver.

A ceramic piece that has broken is living proof of its fragility. A ceramic piece that has been repaired, concealing the way it has been put back together, is a piece that is hiding all its value—the value that resides in its capacity to rebuild itself after adversity. The masters of kintsugi are aware of this, and they want to respect the main value of a reconstructed piece—its scar. Sometimes scars are inevitable, but it’s up to you to treat them with respect and make them beautiful.

Our beautiful scars give us the necessary strength to keep on living in the world that we love, in the world we have chosen and built. Sometimes we might feel lost, disillusioned, lacking courage, or simply tired. It’s understandable. Building a new reality is not easy, especially when you are exhausted from the pain you have been suffering.

“Don’t forget that in your scar, in the proof of your strength, you will find the anchoring you so need when in dire circumstances. Find in your beautified scar the impulse you need, the energy that characterizes you, and the courage you have always had.”

In Japan, there is a kind of reverence for the art of mending. In the context of the tea ceremony, there is no such thing as failure or success in the way we are accustomed to using those words. A broken bowl would be valued precisely because of the exquisite nature of how it was repaired, a distinctly Japanese tradition of kintsugi, meaning to “to patch with gold”. Often, we try to repair broken things in such a way as to conceal the repair and make it “good as new.” But the tea masters understood that by repairing the broken bowl with the distinct beauty of radiant gold, they could create an alternative to “good as new” and instead employ a “better than new” aesthetic. They understood that a conspicuous, artful repair actually adds value. Because after mending, the bowl’s unique fault lines were transformed into little rivers of gold that post-repair were even more special because the bowl could then resemble nothing but itself. Here lies that radical physical transformation from useless to priceless, from failure to success. All of the fumbling and awkward moments you will go through, all of the failed attempts, all of the near misses, all of the spontaneous curiosity will eventually start to steer you in exactly the right direction.

Here lies that radical physical transformation from useless to priceless, from failure to success. All of the fumbling and awkward moments you will go through, all of the failed attempts, all of the near misses, all of the spontaneous curiosity will eventually start to steer you in exactly the right direction.

We are all broken, imperfect, trying to figure out this thing called life. There is no problem-free life as we are all going to experience the vicissitudes and roller coaster of life. It is not a matter of if but a matter of when. Whatever would go wrong would eventually go wrong (Murphy’s Law). The key to navigating the challenges of life is to never let the success get to your head and never let the failures get into your heart. You are either going through a storm, heading to a storm, or coming from a storm. You’ve got this, embrace your imperfection, radically accept your life and keep moving.

‘Life isn’t about waiting for the storm to pass…It’s about learning to dance in the rain.’ – Vivian Greene 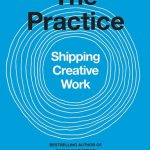