Complaining involves expressing dissatisfaction, pain, uneasiness, censure, resentment, or grief; find fault. American poet Maya Angelou remarked: “If you don’t like something, change it. If you can’t change it, change your attitude. Don’t complain.” Most of the things we complain about are things we can change; perhaps complaining signals that we need to change something. We complain about things that we can influence, such as our spouse, friends, problems, but we hardly complain about things we cannot change such as gravity, rain, the seasons, etc.

When most people are unhappy with their boss, they complain to their spouse. When they are displeased with their spouse, they complain to their friends. They speak to anyone and everyone except the person who can actually improve the situation, and they live in disappointment and bewilderment, wondering why their relationships don’t improve. – Will Bowen, A Complain Free World

“Complaining about a problem without posing a solution is called whining.” – Theodore Roosevelt

A research study from Stanford University shows that complaining reduces the size of our hippocampus, which is responsible for problem-solving and other cognitive functions such as the consolidation of information from short-term memory to long-term memory. The study found that complaining or hearing someone complain for more than 30 minutes could physically damage our brains.

Complaining does not work as a strategy. We all have finite time and energy. Any time we spend whining is unlikely to help us achieve our goals. And it won’t make us happier.― Randy Pausch, The Last Lecture

In How Complaining Rewires Your Brain For Negativity, Dr. Travis Bradberry, Author and president of TalentSmart, the world’s leading provider of emotional intelligence, commented:

Repeated complaining rewires your brain to make future complaining more likely. Over time, you find it’s easier to be negative than positive, regardless of what’s happening around you. Complaining becomes your default behavior, which changes how people perceive you.

While it’s not an exaggeration to say that complaining leads to brain damage, it doesn’t stop there. When you complain, your body releases the stress hormone cortisol. Cortisol shifts you into fight-or-flight mode, directing oxygen, blood, and energy away from everything but the systems that are essential to immediate survival. One effect of cortisol, for example, is to raise your blood pressure and blood sugar so that you’ll be prepared to either escape or defend yourself.

All the extra cortisol released by frequent complaining impairs your immune system and makes you more susceptible to high cholesterol, diabetes, heart disease, and obesity. It even makes the brain more vulnerable to strokes.

People complain to Get attention, Remove responsibility from themselves, Inspire envy, have Power over others, and Excuse poor performance.

“Complaining may benefit us in many ways, such as gaining sympathy and attention—it may even gain us a radio audience—but being happy is not a benefit derived from complaining.“

Human beings have an innate need to be acknowledged by other people. Attention from others makes them feel safe, secure, and cared for. Being recognized by others makes them feel that they belong, that they are part of the tribe. People will often complain simply because they want attention from others and can’t think of another, more positive means of getting the notice they crave.

When someone complains to Get attention, ask, What is going well for you?

This type of complainer seeks to build a case for his or her inability to achieve by painting a hopeless picture as to the outcome. “There’s no use,” the complainer is saying. “So I’m not going to try.” And this complainer is soliciting agreement from those who hear his or her complaints so as to validate that victimhood.

When someone complains to Remove responsibility, ask,

If  it was possible, how might you do it?

People often complain to inspire envy; that is: to brag. A person will complain about someone else as a means of saying that he or she does not have the perceived character flaw being complained about.

When someone complains to Inspire envy, compliment that person for possessing the opposite trait.

A person complaining about power is saying, “If it ever comes down to me against him, here are the reasons you should be on my side.

When someone complains to you about someone else in order to gain Power, invite that person to speak directly to the person being complained about.

“When someone complains to Excuse poor performance, ask what he or she plans to do differently next time”

Bowen further explains the four stages of competence through complaining:

Just as a fish may not even be aware of the water that surrounds it, you may not be aware of all of the complaints you hear and speak. Complaining is so much a part of who we are; it’s difficult to recognize what is and is not a complaint.

Moving into the Conscious Incompetence stage means becoming uncomfortably aware of just how often you complain. You begin to catch yourself complaining but only after the fact, and you can’t seem to stop. You repeatedly switch your bracelet, but your complaints don’t seem to be diminishing. I’ve heard some refer to this as the “Stop me before I complain again” stage.

When you find yourself around other people who are complaining, and you catch yourself feeling compelled to chime in, breathe. When something frustrating happens, and you have the chance to unload your frustrations on someone else, breathe.

In the Unconscious Competence stage, you are no longer an “ouch” looking for a hurt. Rather, your thoughts are now on what you want, and you are beginning to notice how what you desire manifests. Not only are you happier, but also the people around you seem happier. You are attracting upbeat people, and your positive nature is inspiring those around you to even higher mental and emotional levels.

In his book, Effortless: Make It Easier to Do What Matters Most, author and speaker Greg McKeown remarked:

We live in a complaint culture that gets high on expressing outrage: especially on social media, which often seems like an endless stream of grumbling and whining about unsatisfactory or unacceptable. Even if we don’t get caught up in it directly, it can still affect us. With enough secondhand griping, we get emotional cancer. We start to perceive more injustices in our own lives. Those are Stormtroopers occupying valuable real estate in our brains and hearts.

“Complaining is the quintessential example of something that is “easy but trivial.”

In fact, it’s one of the easiest things for us to do. But toxic thoughts like these, however trivial, quickly accumulate. And the more mental space they occupy, the harder it becomes to return to the Effortless State.

When you focus on something you are thankful for, the effect is instant. It immediately shifts you from a lack state (regrets, worries about the future, the feeling of being behind) and puts you into a have state (what is going right, what progress you are making, what potential exists in this moment). It reminds you of all the resources, assets, and skills you have at your disposal—so you can use them to more easily do what matters most.

“Gratitude is a powerful, catalytic thing. It starves negative emotions of the oxygen they need to survive. It also generates a positive, self-sustaining system wherever and whenever it is applied.”

Complaining to others won’t fix our unhealthy boundaries. Similar to gossiping, complaining is another way of processing frustration. However, with complaining, we usually play the role of victim, saying things like, “Why does everyone expect so much from me?”

Instead of setting a direct boundary, we often use gossip as a way of processing our frustrations. But gossip isn’t helpful and only leads to more resentment. It does nothing to improve the relationship or end the behavior that bothers us.

Along with not being a solution, complaining—much like gossiping—builds resentment. As we air our grievances, we become more frustrated and annoyed, reinforcing the belief that others are doing things to us. We don’t stop to evaluate what we’re allowing to happen by not setting clear boundaries.

Complaining falls into one of three categories: venting, problem-solving, or ruminating.

The Solutions to Complaining

Put a purple silicone bracelet on your wrist and then switch it from wrist to wrist every time they complained until they completed twenty-one consecutive days without complaining, criticizing, or gossiping. In so doing, they have formed a new habit. By becoming conscious of and changing their words, they have changed their thoughts and created their lives by design.

When you go through the practice of moving your bracelet from wrist to wrist, over and over, time after time, you will begin to notice your words. In so doing, you will become aware of your thoughts.

I started the experiment with the complaint-free world bracelet after reading “A Complain Free World” by Will Bowen. The book had a great impact on me, and I have since bought multiple bracelets. The challenge is not easy, as I complained more than I thought. I changed the bracelet multiple times every day, sometimes I forget to change the bracelet, and it has been a great tool for reducing my complaining.

There are many things to complain about with so much negativity on the news and social media. Here are some great tools to help reduce your complaining tendency:

A gratitude journal is a great tool for noting the things you are grateful for in life. Cultivating an attitude of gratitude helps reduce your complaining.

Most of the negativity in our life can be traced to what we pay attention to, such as social media and news coverage. Unfortunately, what you focus on expands; to reduce your complaining tendencies; try to watch less news and stay off social media.

3. Change what you can

Complaining is a waste of time; it attracts more misery, helps us avoid the problem, makes the situation worst. The key to stop complaining is to be grateful for what you have and change the things you can change. 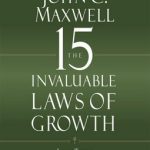 Book Summary – The 15 Invaluable Laws of Growth: Live Them and Reach Your Potential by John C. Maxwell. 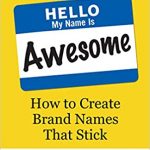 Book Summary -Hello, My Name Is Awesome: How to Create Brand Names That Stick by Alexandra Watkins.

After a while – Veronica A. Shoffstall