Most of us cannot fantom why anyone would be manipulative, deceptive, cunning, rude, or evil. But the reality of life is that there are more evil people in the world than we can imagine. People with personality disorders such as Narcissistic personality disorder, Borderline personality disorder, people living below the veil of consciousness. We have roaming among us on the street, offices, homes, clubs, religious gatherings – sociopaths, narcissists, psychopaths, pathological liars, pedophiles, perverts, etc.

As clinical psychologist Martha Stout, Ph.D. noted in her book, The Sociopath Next Door: The Ruthless Versus the Rest of Us:

A shocking 4 percent of ordinary people—one in twenty-five—has an often undetected mental disorder, the chief symptom of which is that that person possesses no conscience. He or she has no ability whatsoever to feel shame, guilt, or remorse. One in twenty-five everyday Americans, therefore, is secretly a sociopath. They could be your colleague, your neighbor, even your family. And they can do literally anything at all and feel absolutely no guilt.

“4 percent of the general population has antisocial personality disorder (ASPD, sociopathy, or psychopathy).”

Most of the challenges we face in life are a result of interpersonal relationship issues. We tend to think that everyone is somewhat rational but unfortunately most of us are not. One of the favorite manipulative tool of evil and devious people is Gaslighting their victims.

Gaslight is a 1944 American psychological thriller that follows a young woman whose husband slowly manipulates her into believing that she is descending into insanity. Actress Ingrid Bergman played the role of a young vulnerable wife who becomes helpless as she experiences a debilitating nervous breakdown and near insanity while living with her mysterious husband in the home where her beloved aunt was murdered.

The title was derived from the frequent dimming and flickering of the gaslights. The phrase “to gaslight” someone (to deliberately drive someone insane by psychologically manipulating their environment and tricking someone into believing that they are insane). Gaslighting is an insidious form of manipulation that often occurs in abusive relationships.

Gaslighting is a form of intimidation or psychological abuse, sometimes called Ambient Abuse where false information is presented to the victim, making them doubt their own memory, perception, and quite often, their sanity.

Gaslighting is an insidious form of emotional abuse and manipulation that is difficult to recognize and even harder to break free from.

In her book, The Gaslight Effect: How to Spot and Survive the Hidden Manipulation Others Use to Control Your Life, Licensed psychoanalyst Dr. Robin Stern writes about the gaslight effect:

The Gaslight Effect results from a relationship between two people: a gaslighter, who needs to be right in order to preserve his own sense of self and his sense of having power in the world; and a gaslightee, who allows the gaslighter to define her sense of reality because she idealizes him and seeks his approval….[I]f there’s even a little piece of you that thinks you’re not good enough by yourself—if even a small part of you feels you need your gaslighter’s love or approval to be whole—then you are susceptible to gaslighting. And a gaslighter will take advantage of that vulnerability to make you doubt yourself, over and over again.

According to Dr. Stern, there are three stages of gaslighting:

Your gaslighter says something outrageous—“That guy who asked us for directions was really just trying to get you into bed!”—and you can’t quite believe your ears. You think you’ve misunderstood, or maybe he has, or maybe he was just joking. The comment seems so off the wall, you might let it go. Or perhaps you try to correct the error but without a whole lot of energy. Maybe you even get into long, involved arguments, but you’re still pretty certain of your own point of view. Although you’d like your gaslighter’s approval, you don’t yet feel desperate for it.

Stage 1 can leave you feeling confused, frustrated, and anxious.

Stage 2 is marked by the need to defend yourself. You search for evidence to prove your gaslighter wrong and argue with him obsessively, often in your head, desperately trying to win his approval.

You know you’re in Stage 2 if you frequently feel obsessive, sometimes desperate. You’re no longer sure you can win your gaslighter’s approval—but you haven’t given up hope.

In Stage 2, you’re far more invested in winning your gaslighter’s approval for being a good, capable, and lovable person—and he’s even more invested in proving he’s right. If you don’t agree with him, he might step up his version of the Emotional Apocalypse: yelling more loudly, finding more pointed insults, giving you bigger doses of the silent treatment. You feel that you’ll do anything to avoid this treatment, so you try even harder to please him.

Stage 3 gaslighting is the most difficult of all: depression. At this point, you are actively trying to prove that your gaslighter is right, because then maybe you could do things his way and finally win his approval. Stage 3 is exhausting, though, and you are often too worn out to argue.

Stage 3 is exhausting, though, and you are often too worn out to argue.

According to the author of the book, Gaslighting: How to Avoid a Narcissist’s Mind Control and Heal from Narcissistic Abuse, Patrick K. Simon, the manipulative tools that gaslighters use to control include :

“Gaslighting is portrayed as a type of diligent control and mentally programming that makes the unfortunate casualty question her or himself, and at last lose her or his feeling of recognition, personality, and self-esteem.“

“Retaining” is one gaslighting procedure where the abuser fakes an absence of comprehension, will not tune in, and decays to share his feelings.

Another gaslighting procedure is “countering,” where an abuser will energetically raise doubt about an injured individual’s memory despite the unfortunate casualty having recalled things accurately.

“Blocking” and “redirecting” are gaslighting procedures whereby the abuser again changes the discussion from the topic to scrutinizing the injured individual’s considerations and controlling the debate.

“Trivializing” is another method for gaslighting. It includes causing the injured individual to accept their contemplations or requirements aren’t significant.

Harsh “overlooking” and “disavowal” can likewise be types of gaslighting. In this system, the abuser claims to overlook things that have genuinely happened; the abuser may similarly deny things like guarantees that have been made that are imperative to the person in question.

He further categorized the Phases of a Gaslighting Relationship as follows:

When the gaslighting starts, it begins with little lies and distortions that the accomplice may very well wave off as talk or jokes. The gaslighter makes a false account about their unfortunate casualty, leaving the injured individual on the barrier.

Through different methods and strategies, the gaslighter keeps the injured individual on edge, where the unfortunate casualty is continually asked for inquiry into their world to stay away from or deescalate pointless clashes. They start asking themselves the questions: Am I the issue? Am I wrong? Am I insane? In the long run, they become persuaded that they are.

The gaslighter at long last props the relationship up by controlling it with only enough bogus would like to keep their unfortunate casualty externally upbeat. The consistent stream of intimidation and control keeps the injured individual shaky and broken, yet only enough benevolence once in a while is introduced to keep them remaining.

Being gaslighted is particularly challenging to manage basically because it’s such a subtle type of misuse. The individual who gaslights you need to control you, much the same as with different sorts of abuse. They simply don’t need you (or any other individual) to realize they’re doing it

Psychotherapist Stephanie Moulton Sarkis in her book, Gaslighting: Recognize Manipulative and Emotionally Abusive People, describes various strategies for getting out of a relationship with a gaslighter. She writes:

If you are in a relationship with a gaslighter, you need to end it. It is an abusive relationship, and it will not improve. You need to get out. Please, please do the following, with the support of family and friends if you can:

Gaslighters will never own up to their bad behavior. When you confront gaslighters in your family, they may say something like “You’re being too sensitive” or “You’ve never been able to take a joke.” And don’t be surprised if they tell other members of the family, in front of you, what just transpired. They want to embarrass you as much as possible to “get even.” Stand your ground. It takes a lot of courage to be the one to call out gaslighting behavior. Find support elsewhere, if you can, but by all means persevere.

Get Counseling on Your Own

If you’ve been married to and now divorced from a gaslighter, getting counseling for yourself is imperative. You have gone through stresses that other parents don’t typically face. This can lead to you feeling isolated, especially when your friends don’t “get it.” Your friends may not fully understand just how crazy-making your ex is, and you may not talk about it as much with them.

A mental health professional can help you learn good self-care and more effective parenting strategies. Counseling is a safe place to get out your frustration and anger toward your gaslighting ex.

In your quest to be healthier, it’s helpful to look at how you interact and communicate with others. There are three main styles of communication: passive, aggressive, and assertive.

In his book, Whole Again: Healing Your Heart and Rediscovering Your True Self After Toxic Relationships and Emotional Abuse, author and co-founder of PsychopathFree.com, Jackson MacKenzie describes the concept of self-gaslighting. He writes:

Gaslighting implants a constant self-doubting voice inside survivors, causing them to question their every move, interaction, and thought. This is an extremely exhausting way to exist and will eventually lead to anxiety and depression. It also makes them vulnerable to more gaslighting, because their defenses have weakened, and the best gaslighting victims are those who doubt themselves.

“Abusers gaslight with such confidence and conviction that it can actually become your own inner voice. It will greatly hinder any progress you make, because you will second-guess your own emotions and instincts. This leads to needing constant external validation, repeating your story to anyone who will listen, but it’s still not enough. Deep down you don’t believe yourself.”

Being in a relationship with someone that makes you question your sense of reality is not healthy. Most gaslighters are people close to us, our spouse, friends, family members, bosses, employers, and the manipulation is usually insidious and subtle. Explaining gaslighting to someone that has not really experienced it or is not conscious of the emotional manipulation can be extremely hard. The key to navigating gaslighting is to first become aware of the tools and strategies of the gaslighter, become more self-aware, seek professional help, and ultimately exit or limit your interaction with the gaslighter. 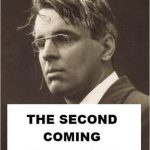 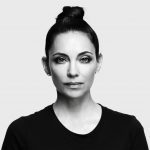