The Public Figure documentary investigates the psychological effects of everyday social media use while exploring how our influencers deal with the fame, money, hate, and obsession that comes with it. The documentary features interviews with social media influencers worldwide, such as Bonang Matheba, Emmet Sparling, Thomas Sebastian Tribbie Matheson, Greg O’Gallagher, Denterio Hundon, Emma Rose, and Devour Power. The doc chronicles these influencers’ lifestyle, the effect of social media in their lives. They were interview excerpts from Sean Parker (Facebook Founding President) and Denzel Washington on the effect of too much social media use.

A social Media Influencer is a user on social media who has access to a large audience and can persuade others by virtue of their authenticity and reach.

Bake Session – A moment when a person, place or thing is joked about in a certain way.

When Facebook was being developed the objective was: “How do we consume as much of your time and conscious attention as possible?” It was this mindset that led to the creation of features such as the “like” button that would give users “a little dopamine hit” to encourage them to upload more content. It’s a social-validation feedback loop … exactly the kind of thing that a hacker like myself would come up with because you’re exploiting a vulnerability in human psychology.

Denzel Washington on Social Media Use 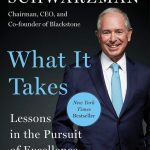 Book Summary – What It Takes: Lessons in the Pursuit of Excellence by Stephen A. Schwarzman. 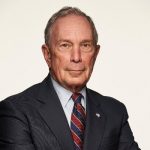