The Age of A.I. is an American 8-part science documentary web series narrated and hosted by American actor Robert Downey Jr. Distributed by YouTube Premium in the United States,  it first aired on December 18, 2019 and is an 8-part series

I really enjoyed watching the show as it broadened my knowledge of Artificial Intelligence, the use cases, the opportunities, threats, and issues with the AI Revolution,

Episode 1: How Far is Too Far?

A.I. is a branch of computer science dealing with the simulation of intelligent behavior in computers.

BabyX is a project of Auckland’s Bioengineering Institute Laboratory for Animate Technologies, to make a virtual animated baby that learns and reacts like a human baby. It uses the computer’s cameras for “seeing” and microphones to “listen” as the inputs. The computer uses Artificial intelligence algorithms for BabyX’s “learning” and interpretation of the inputs (voice and image) to understand the situation.

BabyX is a simulation based on a real child aged around 18 months old. The face reflects a brain state or human ‘thoughts’. Facial behaviour is affected by many factors—cognitive, emotional, and physiological — and as a result BabyX provides a highly-detailed, holistic and biologically based approach, far greater than has previously been attempted in animation simulation and traditional CGI.

A neural network is a series of algorithms that endeavors to recognize underlying relationships in a set of data through a process that mimics the way the human brain operates.

On December 18, 2019, a documentary video was released on YouTube that covered Project Euphonia. Google teamed up with Dimitri Kenevsky to create an AI-powered live transcription application that was specifically trained to understand and transcribe Shaw’s impaired voice. Using hours of interviews as audio reference, a separate AI program was created to synthesize Shaw’s old voice. While still in beta, the hope will be to some day give Tim the ability to clearly communicate again.

In the United States, there are 74 eye doctors for every 1 million people, in India it is 11 to 1 million.

Bionics or biologically inspired engineering is the application of biological methods and systems found in nature to the study and design of engineering systems and modern technology.

It was popularized by the 1970s U.S. television series The Six Million Dollar Man and The Bionic Woman, both based upon the novel Cyborg by Martin Caidin. All feature humans given various superhuman powers by the electromechanical implants.

Use Case of Reinforcement Learning: AlphaGo

AlphaGo is the first computer program to defeat a professional human Go player, the first to defeat a Go world champion, and is arguably the strongest Go player in history.

Are there some areas that Artificial Intelligence can not be used with, Empathy, Loliness, Emotional Intelligence, Self Driving Racing Cars, Love among others

Bill Gates mentioned Xiaoice during his speech at the Peking University:

“Some of you may have had conversations with Xiaoice on Weibo, or seen her weather forecasts on TV, or read her column in the Qianjiang Evening News. Xiaoice has attracted 45 million followers and is quite skilled at multitasking. And I’ve heard she’s gotten good enough at sensing a user’s emotional state that she can even help with relationship breakups.”

Ross Goodwin, a writer, computer hacker, data scientist, and – most recently – co-creator of the first films created in conjunction with Artificial Intelligence. What started as a simple algorithm developed into a personal obsession, discovering whether he could train a computer write original, creative scripts by feeding it hundreds of screenplays. Eventually his revolutionary automatic screenwriter, known as Benjamin, was born.

Episode 5: “The ‘Space Architects’ of Mars”

Generative design is a design exploration process. Designers or engineers input design goals into the generative design software, along with parameters such as performance or spatial requirements, materials, manufacturing methods, and cost constraints. The software explores all the possible permutations of a solution, quickly generating design alternatives. It tests and learns from each iteration what works and what doesn’t.

A NASA Centennial Challenges program competition to build a 3D-printed habitat for deep space exploration. The multi-phase challenge was designed to advance the construction technology needed to create sustainable housing solutions for Earth and beyond. The competition, completed in 2019, awarded a total of $2,061,023.

Will Robots take my job? is one of the most googled question

a method for measuring distances (ranging) by illuminating the target with laser light and measuring the time requires the reflection of the light to return to the sensor.

Optical character recognition or optical character reader (OCR) is the electronic or mechanical conversion of images of typed, handwritten, or printed text into machine-encoded text, whether from a scanned document, a photo of a document, a scene-photo (for example the text on signs and billboards in a landscape photo) or from subtitle text superimposed on an image (for example: from a television broadcast).

Episode 7: “Saving the world one algorithm at a time”

To help address this challenge, RESOLVE partnered with Steve Gulick (a conservation technologist) and Intel to develop TrailGuard™ AI, a cryptic anti-poaching camera system designed to stop poachers before they kill.

Episode 8: “How A.I. is searching for Aliens”

ATA is a radio telescope array dedicated to astronomical observations and a simultaneous search for extraterrestrial intelligence (SETI). The project was originally developed as a joint effort between the SETI Institute and the Radio Astronomy Laboratory (RAL) at the University of California, Berkeley (UC Berkeley), with funds obtained from an initial US$11.5 million donation by the Paul G. Allen Family Foundation.

The Age of A.I. is a very great documentary with great insights on the 4th industrial revolution, Artificial Intelligence, and the coming revolution. There were some scary and exciting scenes in the web series, and the greatest insight is the need to understand the revolution instead of fearing it. 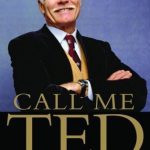 Call Me Ted by Ted Turner. 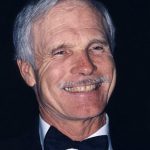