“If it is popular, it is wrong” — Oscar Wilde

Groupthink is a psychological phenomenon that occurs within a group of people. The desire for harmony or conformity in the group results in an irrational or dysfunctional decision-making outcome.

It tends to occur in highly cohesive groups in which the group members’ desire for consensus becomes more important than evaluating problems and solutions realistically. In his 1972 Book, Victims of Groupthink, Janis expounded his theory of groupthink using the Japanese attack on Pearl Harbor in 1941 and the Bay of Pigs disaster (the failed invasion of Castro’s Cuba in 1961) as case studies.

“I use the term ‘groupthink’ as a quick and easy way to refer to a mode of thinking that people engage in when they are deeply involved in a cohesive in-group, when the members’ strivings for unanimity over-ride their motivation to realistically appraise alternative courses of action.
Groupthink is a term of the same order as the words in the Newspeak vocabulary George Orwell presents in his dismaying 1984 – a vocabulary with terms such as ‘doublethink’ and ‘crimethink’. By putting groupthink with those Orwellian words, I realise that groupthink takes on an Orwellian connotation. The invidiousness is intentional: groupthink refers to a deterioration of mental efficiency, reality testing and moral judgment.

“You might as well eat shit, fifty billion flies can’t be wrong.”

Rationalization.
Group members collectively rationalize in order to discount warnings that might lead them to reconcile their assumptions before they commit themselves to their past policy decisions.

Morality.
Group members develop an unquestioned belief in the group’s inherent morality, inclining the members to ignore ethical or moral consequences of their decisions.

Stereotyping.
Group members develop stereotyped views of opposition leaders as too evil to warrant genuine attempts to negotiate or as too weak and stupid to counter whatever risky attempts are made to defeat their purposes.

Pressure.
Group members apply direct pressure on any member who expresses strong arguments against any of the group’s stereotypes, illusions, or commitments, making clear that this type of dissent is contrary to what is expected of all loyal members.

Self-Censorship.
Group members censor themselves from any deviations from the apparent group consensus, reflecting each member’s inclination to minimize the importance of his or her doubts and counterarguments.

Mindguards.
Some group members appoint themselves to protect the group from adverse information that might shatter their shared complacency about the effectiveness and morality of their decision.

To be yourself in a world that is constantly trying to make you something else is the greatest accomplishment. ― Ralph Waldo Emerson.

Staying true to your values and principles can be hard when the general thinking is opposed to yours. Many of us have been brought up/programmed not to rock the boat. Hence we conform to societal norms, comply, settle for less and follow the herd. I once saw a funny quote that goes in the line of “You might as well eat shit, fifty billion flies can’t be wrong.” The allure of groupthink is powerful on social media as we are constantly bombarded with technologies, opportunities, and other people’s worldviews such as Cryptocurrency, NFT, Politics, etc. We usually don’t think before we participate in the herd discussion as we want to feel among; we fear missing out.

A great example of groupthink is social media and how our behavior is constantly modified and influenced by the Social Media platform algorithms. We are fast becoming lab rats for the scientists and programmers in the social media experiment. We hardly think nowadays as our social media timeline and newsfeed deeply influence our thought process. As Author Jaron Lanier argued in his book Ten Arguments for Deleting Your Social Media Accounts Right Now:

“We’re being tracked and measured constantly, and receiving engineered feedback all the time. We’re being hypnotized little by little by technicians we can’t see, for purposes we don’t know. We’re all lab animals now.”

THE BUMMER MACHINE: “Behaviors of Users Modified, and Made into an Empire for Rent”

BUMMER is a machine, a statistical machine that lives in the computing clouds. The mass behavior modification machine is rented out to make money. BUMMER manipulations are not perfect, but they are powerful enough that it becomes suicidal for brands, politicians, and other competitive entities to forgo payments to BUMMER machines. Universal cognitive blackmail ensues, resulting in a rising global spend on BUMMER.

BUMMER is a machine with six moving parts:

Customized feeds become optimized to “engage” each user, often with emotionally potent cues, leading to addiction. People don’t realize how they are being manipulated. The default purpose of manipulation is to get people more and more glued in, and to get them to spend more and more time in the system. But other purposes for manipulation are also tested.

The algorithms are rarely interrogated, least of all by external or independent scientists, in part because it’s hard to understand why they work. They improve automatically, through feedback. One of the secrets of present-day Silicon Valley is that some people seem to be better than others at getting machine learning schemes to work, and no one understands why. The most mechanistic method of manipulating human behavior turns out to be a surprisingly intuitive art.

“To a degree, you’re an animal in a behaviorist’s experimental cage. But the fact that something is fuzzy or approximate does not make it unreal.”

One of the great dangers of groupthink in our present age of social media is the advent of mob behavior and cancel culture. Most times, on social media, we hardly listen to each other as we are accustomed to seeing only views that support our preconceived bias. We follow people of the same ideological leaning and worldview. Hence we are fed stories about things we want to confirm. In his essay titled: “Solitude and leadership” American  essayist and critic William Deresiewicz shared the same sentiments:

Thinking for yourself means finding yourself, finding your own reality. Here’s the other problem with Facebook and Twitter and even The New York Times. When you expose yourself to those things, especially in the constant way that people do now—older people as well as younger people—you are continuously bombarding yourself with a stream of other people’s thoughts. You are marinating yourself in the conventional wisdom.

In other people’s reality: for others, not for yourself. You are creating a cacophony in which it is impossible to hear your own voice, whether it’s yourself you’re thinking about or anything else. That’s what Emerson meant when he said that “he who should inspire and lead his race must be defended from travelling with the souls of other men, from living, breathing, reading, and writing in the daily, time-worn yoke of their opinions.” Notice that he uses the word lead. Leadership means finding a new direction, not simply putting yourself at the front of the herd that’s heading toward the cliff.

You are marinating yourself in the conventional wisdom. In other people’s reality: for others, not for yourself. You are creating a cacophony in which it is impossible to hear your own voice, whether it’s yourself you’re thinking about or anything else.

Popular thinking said the earth was the center of the universe, yet Copernicus studied the stars and planets and proved mathematically that the earth and the other planets in our solar system revolved around the sun. Popular thinking said surgery didn’t require clean instruments, yet Joseph Lister studied the high death rates in hospitals and introduced antiseptic practices that immediately saved lives. Popular thinking said that women shouldn’t have the right to vote, yet people like Emmeline Pankhurst and Susan B. Anthony fought for and won that right. Popular thinking put the Nazis into power in Germany, yet Hitler’s regime murdered millions and nearly destroyed Europe. We must always remember there is a huge difference between acceptance and intelligence. People may say that there’s safety in numbers, but that’s not always true.

Sometimes it’s painfully obvious that popular thinking isn’t good and right. Other times it’s less evident. For example, consider the staggering number of people in the United States who have run up large amounts of debt on their credit cards. Anyone who is financially astute will tell you that’s a bad idea. Yet millions follow right along with the popular thinking of buy now, pay later. And so they pay, and pay, and pay. Many promises of popular thinking ring hollow. Don’t let them fool you.

As you begin to think against the grain of popular thinking, remind yourself that

We are fast becoming Pavlov’s dog who needs to be constantly stimulated by the likes, retweets, re-shares, accolades, and personal branding gains we receive from these platforms. We work for free to help the social media platforms generate content, but the sad part is we are paying with our short lives. A long life would be on earth for like 30,000 days, and using social media addictively could amount to using our gadgets, social media, and other forms of entertainment for close to 1,000 days of our short stay here.

The key to defying groupthink is to listen to your inner voice, instincts, or intuition all the time. It is scary, tough, and requires courage to defy the herd, but at the other end of our fear is freedom. Constantly question your beliefs, listen to contrary views and opinions, be open-minded and constantly strive to be curious. When the herd zig, you might have to zag; betting on yourself and your dream can be extremely tough, but you have to trust the process. You’ve got this; you are here to do extraordinary things. 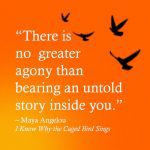 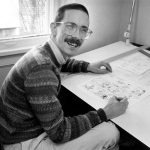