In his 2013 book about Amazon, The Everything Store: Jeff Bezos and the Age of Amazon, Author and American Journalist Brad Stone shared an unpublished memo from Amazon CEO Jeff Bezos to his senior staff, titled “Amazon. love”.

When Amazon became a company with $100 billion in sales, he wondered, how could it be loved and not feared?

As he regularly does, Bezos wrote up his thoughts in a memo and distributed it to his top executives at an S Team retreat. I received a copy through a person close to the company who wished to remain anonymous. The memo, which Bezos titled Amazon.love, lays out a vision for how the Amazon founder wants his company to conduct itself and be perceived by the world. It reflects Bezos’s values and determination, and perhaps even his blind spots.

On the other end of the spectrum, he added, companies like Walmart, Microsoft, Goldman Sachs, and ExxonMobil tended to be feared.

Bezos postulated that this second set of companies was viewed, perhaps unfairly, as engaging in exploitative behavior. He wondered why Microsoft’s large base of users had never come out in any significant way to defend the company against its critics and speculated that perhaps customers were simply not satisfied with its products. He theorized that UPS, though not particularly inventive, was blessed by having the unsympathetic U.S. Postal Service as a competitor; Walmart had to deal with a “plethora of sympathetic competitors” in the small downtown stores that competed with it.

But Bezos was dissatisfied with that simplistic conclusion and applied his usual analytical sensibility to parse out why some companies were loved and others feared.

On an attached spreadsheet, Bezos listed seventeen attributes, including polite, reliable, risk taking, and thinks big, and he ranked a dozen companies on each particular characteristic. His methodology was highly subjective, he conceded, but his conclusions, laid out at the end of the Amazon.love memo, were aimed at increasing Amazon’s odds of standing out among the loved companies.

Being polite and reliable or customer-obsessed was not sufficient. Being perceived as inventive, as an explorer rather than a conqueror, was critically important. “I actually believe the four ‘unloved’ companies are inventive as a matter of substance. But they are not perceived as inventors and pioneers. It is not enough to be inventive—that pioneering spirit must also come across and be perceivable by the customer base,” he wrote.

The above list is interesting and we can strive for some of them as it as kind of worked for Amazon. 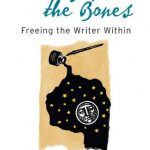 Book Summary – Writing Down the Bones: Freeing the Writer Within by Natalie Goldberg. 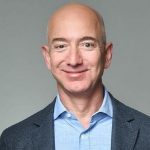 7 ways of reminding yourself of your Mortality.