Procrastination originates from the Latin procrastinatus, which itself evolved from the prefix pro-, meaning “forward,” and crastinus, meaning “of tomorrow. Procrastination is the act of delaying a set of tasks or actions, despite the fact that we know it might have negative consequences. We have all been through it, at the beginning of the year, we are all motivated to set big goals but as the journey becomes harder, we delay, we stop, we postpone, and say someday I’ll. The challenge is that someday becomes never and we forget our goals, dreams, and aspiration hence we settle for less than we can become.

You do not need to be great to start but you have to start to be great. The key is to break the habitual delaying and procrastination, you need to have a bias for action, the discipline, and dedication to follow through, even when your goals get tough. We procrastinate because it is not a priority for us, until you make it a priority, you would continuously postpone your goals.

Here are some great quotes on Procrastination:

“Putting off an easy thing makes it hard, and putting off a hard one makes it impossible.” – George Lorimer 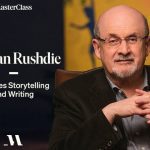 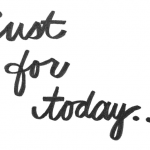