“To laugh often and much; To win the respect of intelligent people and the affection of children; To earn the appreciation of honest critics and endure the betrayal of false friends; To appreciate beauty, to find the best in others; To leave the world a bit better, whether by a healthy child, a garden patch, or a redeemed social condition; To know even one life has breathed easier because you have lived. This is to have succeeded.” – Ralph Waldo Emerson 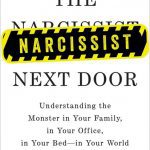 Book Summary -The Narcissist Next Door: Understanding the Monster in Your Family, in Your Office, in Your Bed-in Your World by Jeffrey Kluger. 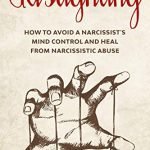 Book Summary -Gaslighting: How to Avoid a Narcissist’s Mind Control and Heal from Narcissistic Abuse by Patrick K. Simon.