The machines are coming, artificial intelligence and machine learning are becoming ubiquitous in our everyday lives. The majority of the service we use online are all powered by algorithms, A. I and machine learning. The A.I. revolution can be scary, but the key is to understand and explore ways to exploit the opportunities.

Artificial Intelligence – Noun A.I. is a branch of computer science dealing with the simulation of intelligent behavior in computers.

Here are some great documentaries on Artificial Intelligence:

The Age of A.I. is an American 8-part science documentary web series narrated and hosted by American actor Robert Downey Jr. Distributed by YouTube Premium in the United States,  it first aired on December 18, 2019 and is an 8-part series.

The Age of AI. Discover the most innovative and leading technologies that will change the world forever.

The Social Dilemma is a 2020 American docudrama film that explores the rise of social media and the damage it has caused to society, focusing on its exploitation and manipulation of its users for financial gain through surveillance capitalism and data mining. The film also examines the serious issue of social media’s effect on mental health (including the mental health of adolescents and rising teen suicide rates).

3. Lo and Behold, Reveries of the Connected World

Lo and Behold, Reveries of the Connected World is a 2016 American documentary film directed by Werner Herzog. In it, Herzog ponders the existential impact of the Internet, robotics, artificial intelligence, the Internet of Things, and more on human life.  The film contains interviews with Bob Kahn, Elon Musk, Sebastian Thrun, Ted Nelson, and other leaders of the technology world.

4. Do You Trust This Computer?

Do You Trust This Computer? is a 2018 American documentary film that outlines the benefits and especially the dangers of artificial intelligence. It features interviews with a range of prominent individuals relevant to AI, such as Ray Kurzweil, Elon Musk, Sebastian Thrun, and Jonathan Nolan.

The documentary is dedicated to Stephen Hawking, who warned that humanity may be jeopardized by its pursuit of a superintelligent artificial intelligence.

Humans Need Not Apply is a 2014 short film directed, produced, written, and edited by CGP Grey. The video focuses on the topic of robots’ rapidly increasing usefulness through human society, discussing how automation will lead to a future where human labor is no longer needed.

Road to A.I looks at the current state of the emerging autonomous vehicle industry: how it is shaping the future of public transportation, why it is the best use case for advancing artificial intelligence, and where open source can best fill the gap between the present moment and the future of autonomy. How do you teach a car to drive? For many self-driving car makers and artificial intelligence researchers, the answer starts with data and sharing.

7. DW’s The Big Reset 2.0: How artificial intelligence is changing society

This documentary looks at the rapid change digitalization is causing as it unfolds. In particular, breakthroughs in artificial intelligence are opening completely new horizons. In their film about AI, Tilman Wolff and Ranga Yogeshwar examine the role AI plays in the spread of fake news. They also consider a future with robots and the risks and ethical questions posed by the development of autonomous weapons.

To address these issues, they travel the globe to speak with leading experts. AI can generate perfectly forged sound and videos, making it effective for purveying fake news.

Vice talks to the leading minds of industry to learn how radical developments in automation and artificial intelligence are set to change the world of work as we know it.

The next Industrial Revolution is upon us, and scientists, entrepreneurs, and policymakers are warning of an imminent paradigm shift in the future of work. In partnership with the Council on Foreign Relations, VICE talks to industry leaders and laborers to learn how radical developments in automation and artificial intelligence are set to change the world of work as we know it. From the food we eat to the clothes we wear, VICE’s Future of Work explores technology’s threat to the American worker and the ways we are responding.

9. PBS Frontline’s In the Age of AI

A documentary exploring how artificial intelligence is changing life as we know it — from jobs to privacy to a growing rivalry between the U.S. and China. FRONTLINE investigates the promise and perils of AI and automation, tracing a new industrial revolution that will reshape and disrupt our world, and allow the emergence of a surveillance society.

PBS Frontline’s In the Age of AI | Transcript

With more board configurations than there are atoms in the universe, the ancient Chinese game of Go has long been considered a grand challenge for artificial intelligence. On March 9, 2016, the worlds of Go and artificial intelligence collided in South Korea for an extraordinary best-of-five-game competition, coined The DeepMind Challenge Match. Hundreds of millions of people around the world watched as a legendary Go master took on an unproven AI challenger for the first time in history.

Directed by Greg Kohs and with an original score by Academy Award nominee Hauschka, AlphaGo chronicles a journey from the halls of Oxford, through the backstreets of Bordeaux, past the coding terminals of DeepMind in London, and ultimately, to the seven-day tournament in Seoul. As the drama unfolds, more questions emerge: What can artificial intelligence reveal about a 3000-year-old game? What can it teach us about humanity? 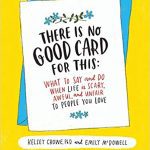 Book Summary: There Is No Good Card for This: What To Say and Do When Life Is Scary, Awful, and Unfair to People You Love by Dr. Kelsey Crowe and Emily McDowell. 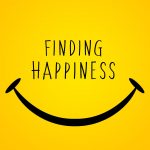